Chapel is shaped by some of the industry’s brightest young minds, connected by their desire to challenge our clients and each other. And, we’re not just talking in terms of our projects... If we’re agreeing on a creative route, chances are we’re disagreeing about who will win the Champions League. 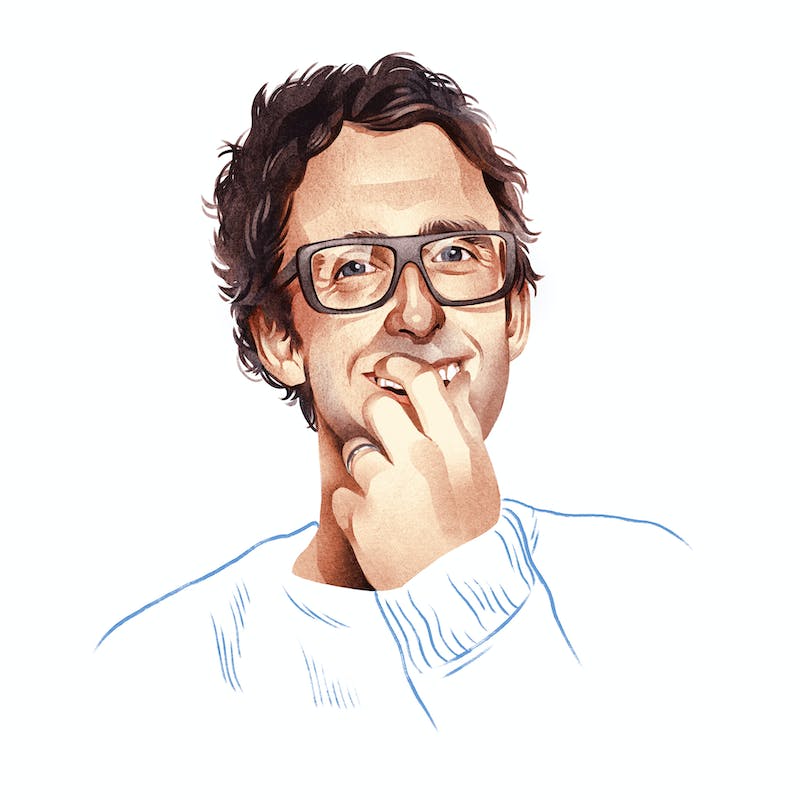 Before founding Chapel, Giles was the art director behind some of the world's most recognised publications, Grazia, NME and Stylist, which won him several awards, including the British Society of Magazine Editors’ Art Director of the Year. Never one to turn down a challenge, he’s also been the creative lead and consultant for a wide range of clients, such as CMC Markets, Bauer Media, DC Thomson, Pottermore, Octopus Publishing and even The Liberal Democrats...
Team: Tottenham Hotspur
Creativity comes when listening to… ‘Screamadelica’, Primal Scream. 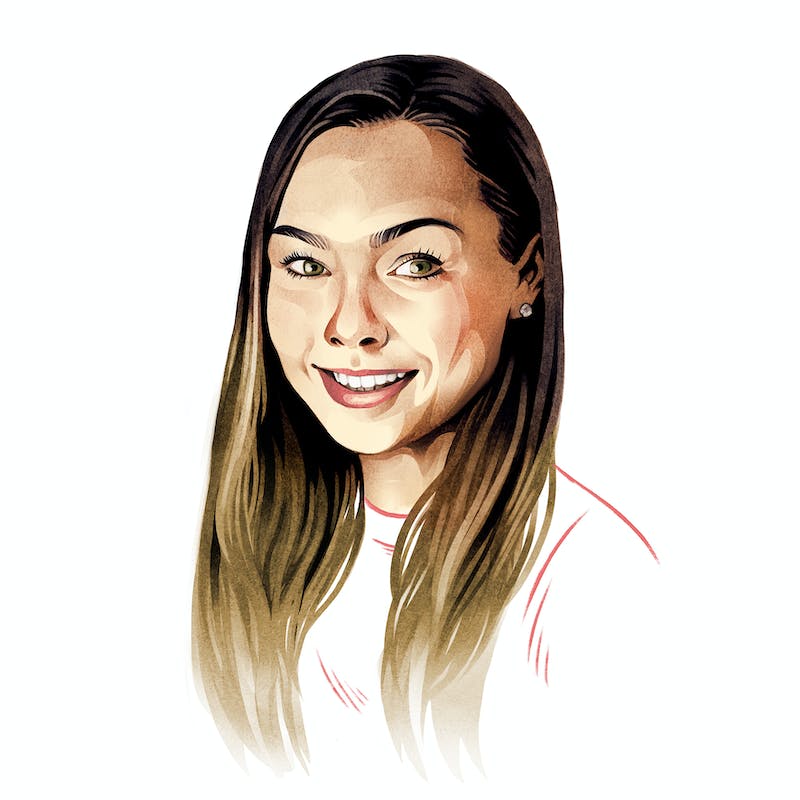 Lucy is the definition of organised. She makes sure everything we deliver hits Chapel’s creative standard, is on time and within budget. It’s because of her that we can actually have a drink at the end of the week (*cough* day), knowing everything is under control. She’s worked with numerous big names, including Facebook, Vodafone, JP Morgan, Jaguar Land Rover and RBS.
Team: Tottenham Hotspur
Creativity comes when listening to… ‘And I Am Telling You I’m Not Going’, Jennifer Hudson. 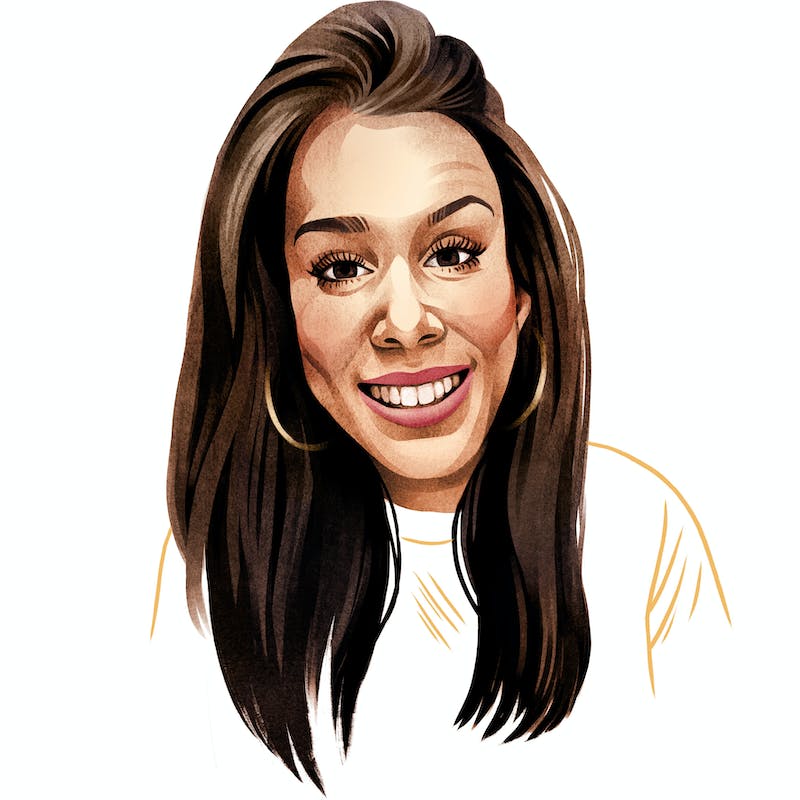 Organisation is Soph’s thing — call her Marie Kondo (or Monica as her friends do), Soph’s ability to keep a keen eye on every project, deliverable and deadline is enviable. Having worked across some big names in radio and music: KISS, Capital and NME (among others), Soph has overseen events, worked across social and digital, video shoots and on-air. When she’s not working, you can find her lending a hand at The Felix Project or, in social time, tearing up the dance floor or borrowing pups for long walks round London’s parks.
Team: Not into football but will say Arsenal for her dad
Creativity comes when listening to… Anything by Beyoncé or any of her carefully curated 90’s RnB playlists. 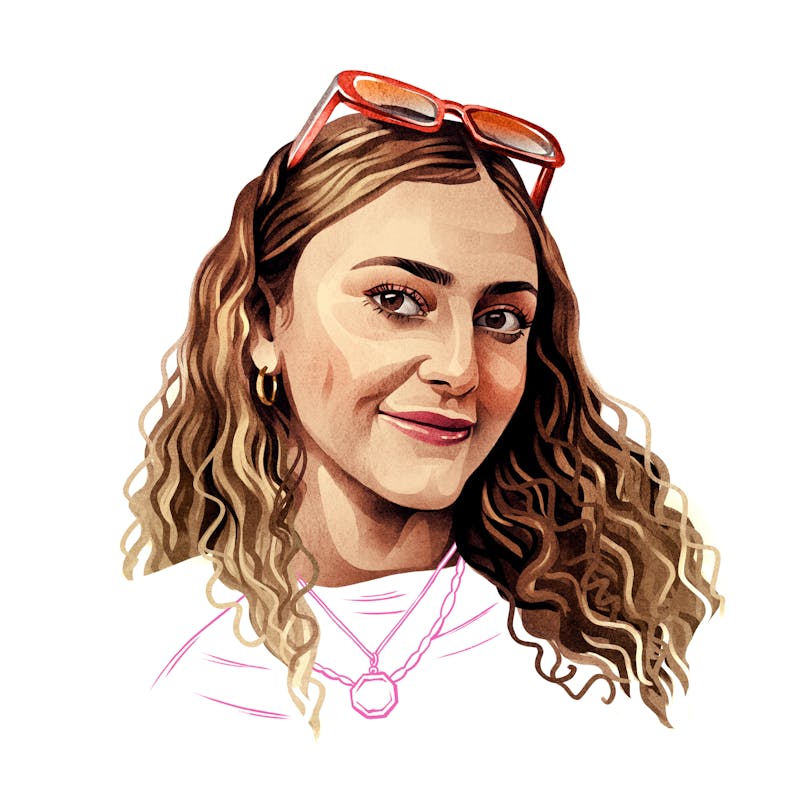 A people-person through and through, El knows how to successfully manage a team and deliver inspiring projects, all while keeping her cool. Having managed projects with the likes of Zara, The Face Magazine, Whatsapp and the Institute of Digital Fashion, El is a dab hand at taking a creative vision and making it a reality. Outside of work, she enjoys kicking back on a spa day, creating illustrations, or getting a culture hit at a gig or exhibition.
Team: Doesn’t love football, but enjoys the team spirit!
Creativity comes when listening to… ‘Cranes in the Sky’ Solange. 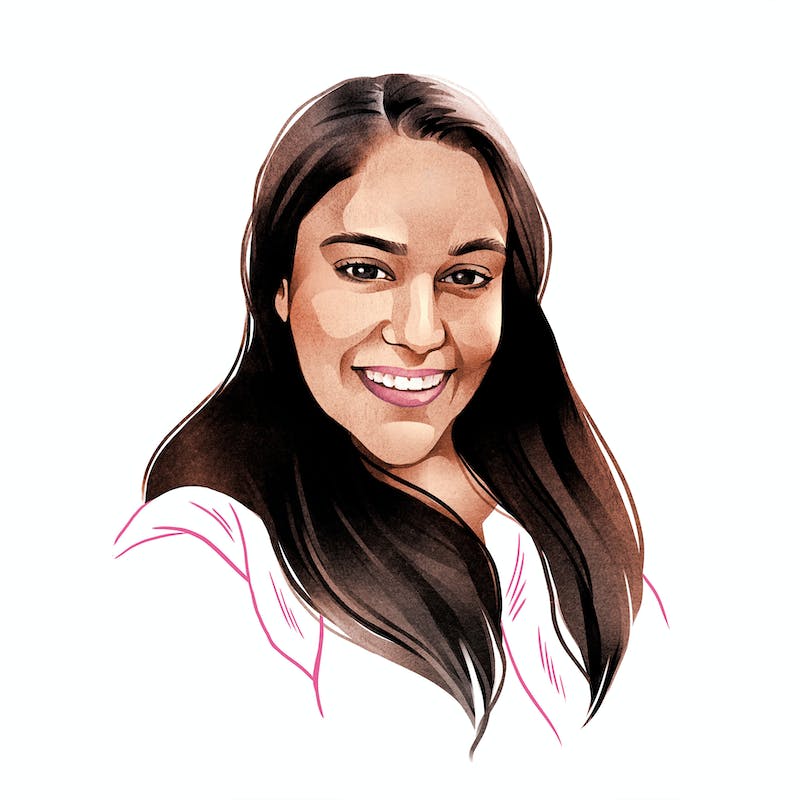 Taking us across the globe in more ways than one is our Business Development Manager, Stephanie. Born in Colombia and based in The Netherlands, she’s now on a mission to open up opportunities for Chapel beyond our London postcode. Having worked with giants, like the United Nations and Inter-American Development Bank, there’s no one we trust more to feed our appetite for growth.
Team: Her (and Shakira’s!) local team, Junior de Barranquilla
Creativity comes when listening to… Colombian Folk, K-pop, Rock or herself. We may all be “secret” shower singers, but Stephanie can also turn her hand to the piano. 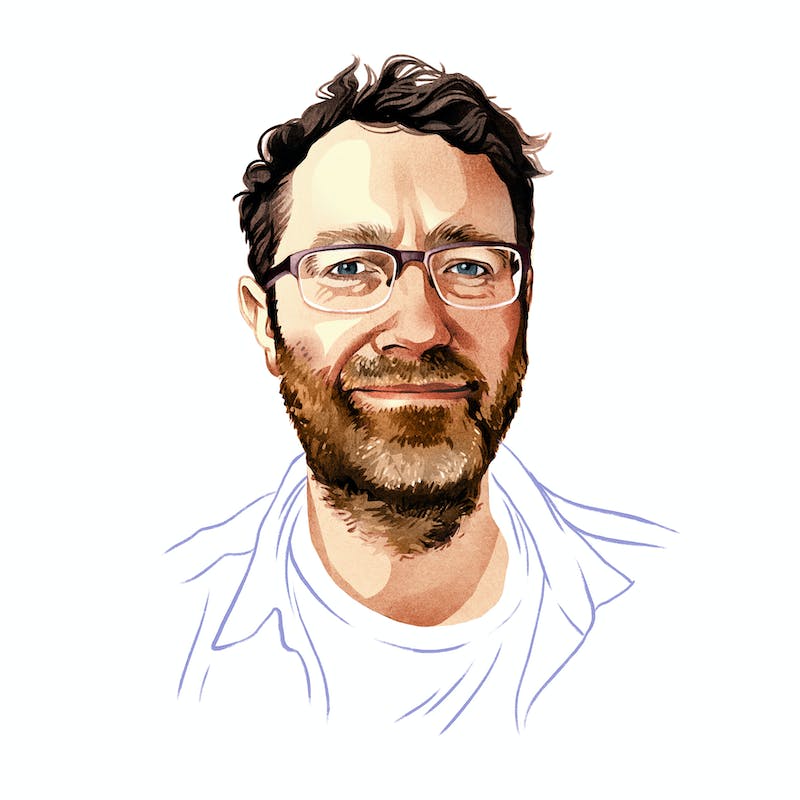 As Chapel’s senior creative, Dan understands that executing a great project requires a wide range of skills - fortunately, he’s got the expertise to match. Whatever the brief, he always gives it the thumbs up and creates original concepts and amazing work that we’re proud to deliver. Before Chapel, he was working with Royal Mail, The V&A, The Tate and The National Trust. He also had the honour of being shortlisted for Best British Book at the British Book Design and Production Awards, and for Cultural Institutions Website at the Lovie Awards.
Team: Manchester United
Creativity comes when listening to… ‘Shine on You Crazy Diamond’, Pink Floyd. 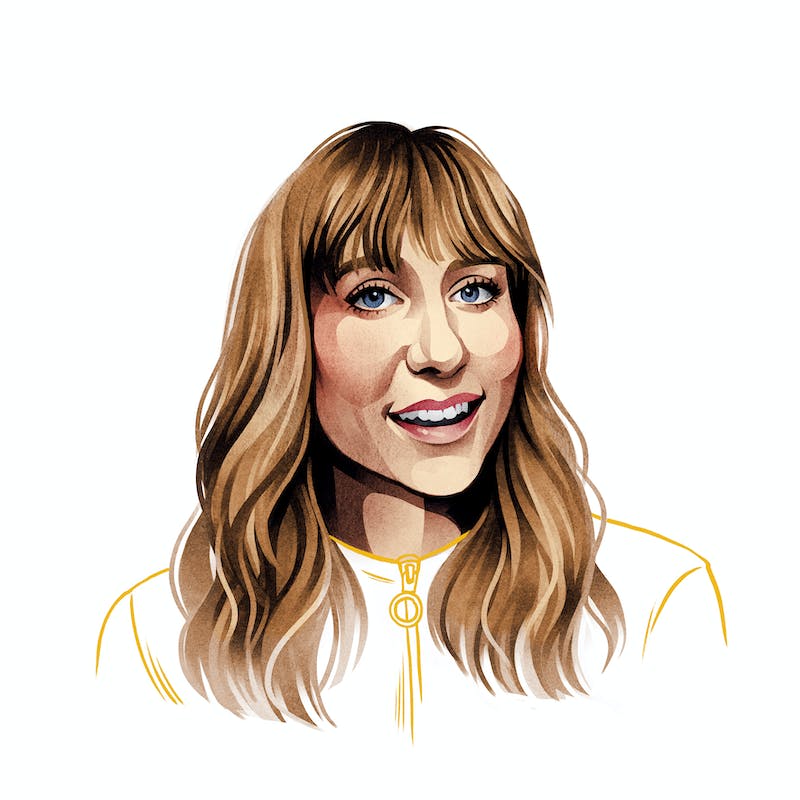 From brand strategy to identity, storyboarding to design, illustration to animation, Rachel has many strings to her bow. Skills she acquired at editorial houses like The Times, Hearst and CityAM, she has since put to work in Chapel’s creative team She’s now responsible for providing our clients with design solutions that hit the target each and every time.
Team: West Ham when the other half is around, otherwise it’s Scotland through and through
Creativity comes when listening to… ‘Love Will Tear Us Apart’, Joy Division; ‘Sports’, Viagra Boys for when the pressure is on, and ‘Lost in Music’, Sister Sledge after handover. 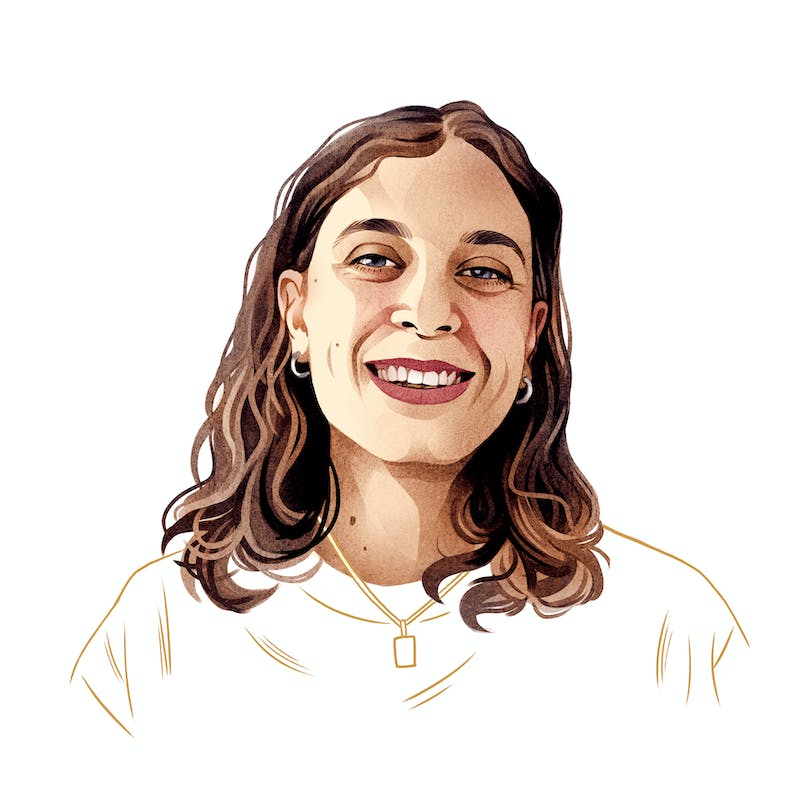 Since making the move from Milan, Lu has refined her motion design and Adobe skills in her two years freelancing. Now, she joins us at Chapel as Junior Creative. When it comes to her design style, Lu knows how to elevate a layout: from editorial to web and everything in between. Outside of Chapel, spot Lu skateboarding or adding to her already impressive shirt collection. 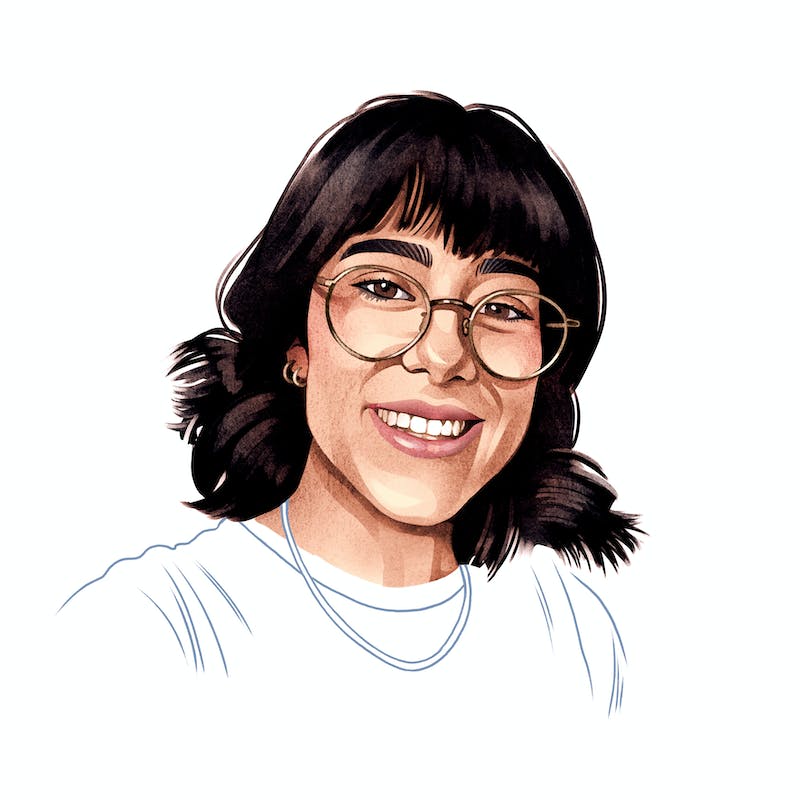 Having recently ventured over to the big smoke from sunny Lisbon, Ema's putting her skilful hands and artistic eye to work as Junior Creative at Chapel. With a background in illustration and moving image, there’s no doubt that she’s got a flair for crafting great creative and knowing what’s going to make an impression. Outside of work, you’ll catch her playing the guitar, dog-spotting or cycling in the park hoping to catch some of that sorely-missed sunshine.

Team: Is there a right or wrong answer?
Creativity comes when listening to… the 'Sound & Colour' album by Alabama Shakes. 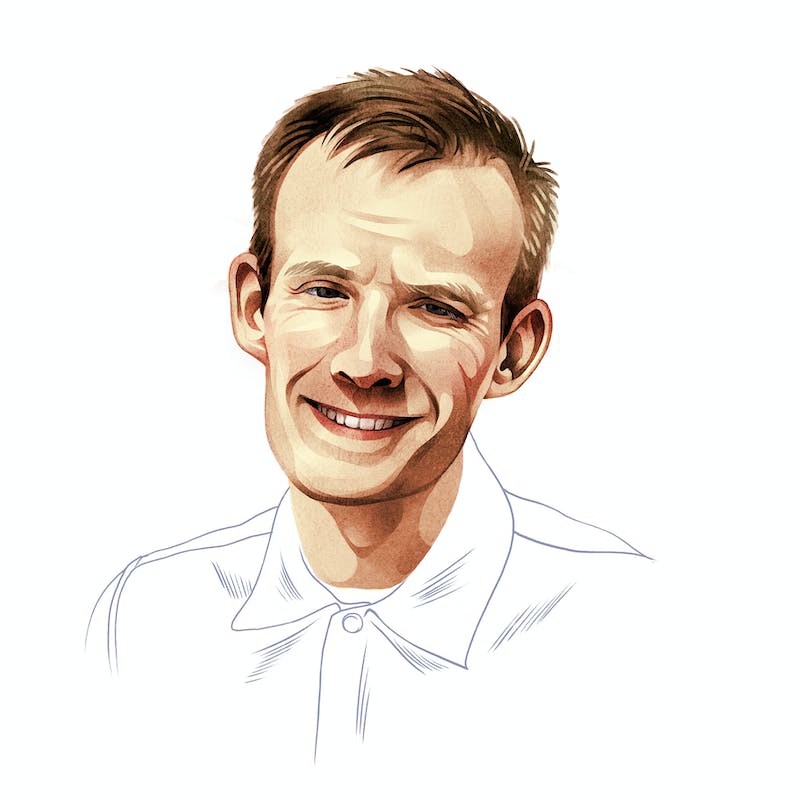 No matter how big the workload or how tight the deadline, we can always count on Matt to approach a project with a cool head, a can-do attitude and an ample amount of creativity. Maybe this comes from his enviable experience working as creative director at the River Group and art director at Grazia Magazine. Or from his impressive client portfolio, which includes the likes of the BBC, Co-op and Red Bull.
Team: Arsenal (providing balance to an agency full of spurs!)
Creativity comes when listening to… ‘Atlantis’, LTJ Bukem to bring some semi-acceptable Drum and Bass to the office. 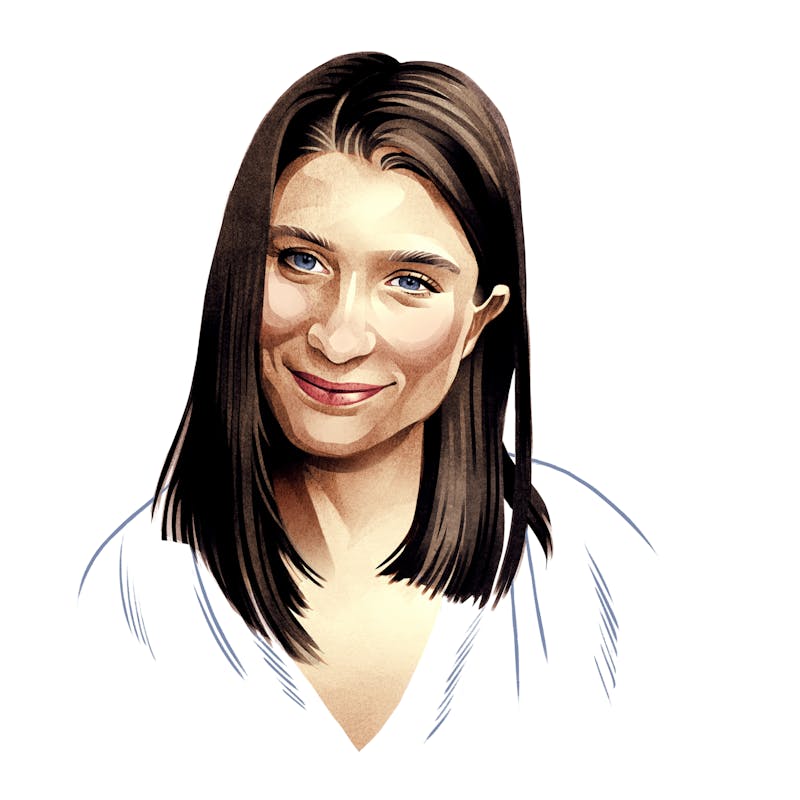 Recognised by the British Society of Magazine Editors for Best Art Team and the Society of Publication Designers for Photography Fashion Feature, Abi knows what it takes to create something beautiful for the page. Now Chapel’s Contributing Designer, she’s lending her expertise to the screen and, specifically, to our Snap Inc. account. Away from work and our rants about last night’s football match, she’s finding solace in her own sport: MotoGP.
Team: [Insert tactful football team here]
Creativity comes when listening to… Flying Lotus, Bonobo or NPR’s Tiny Desk Concerts. 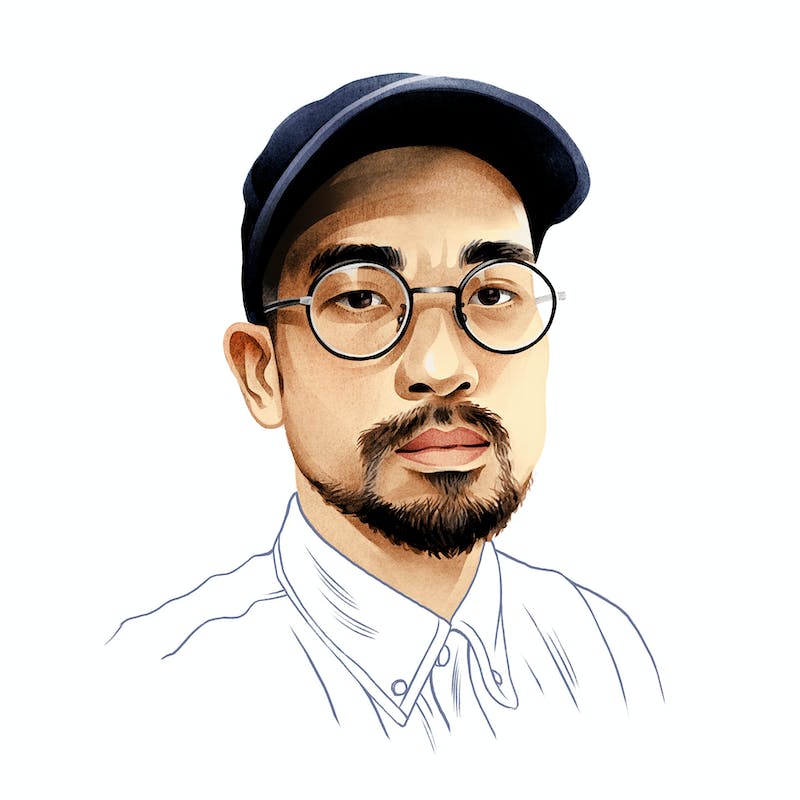 No stranger to agency life, Jae has previously worked his magic for creative agencies, Lovers and Brave. Now, as part of the Chapel team, he’s using his flair for Motion Graphics to enchant our clients… And it’s not going unnoticed. Working to bring Facebook’s ‘Meet the Future’ campaign video to life, Jae helped us win our first ever The Drum Award for B2B Content.
Team: Do World Cup teams count?
Creativity comes when listening to… ‘Flickering Debris’, Lanark Artefax. 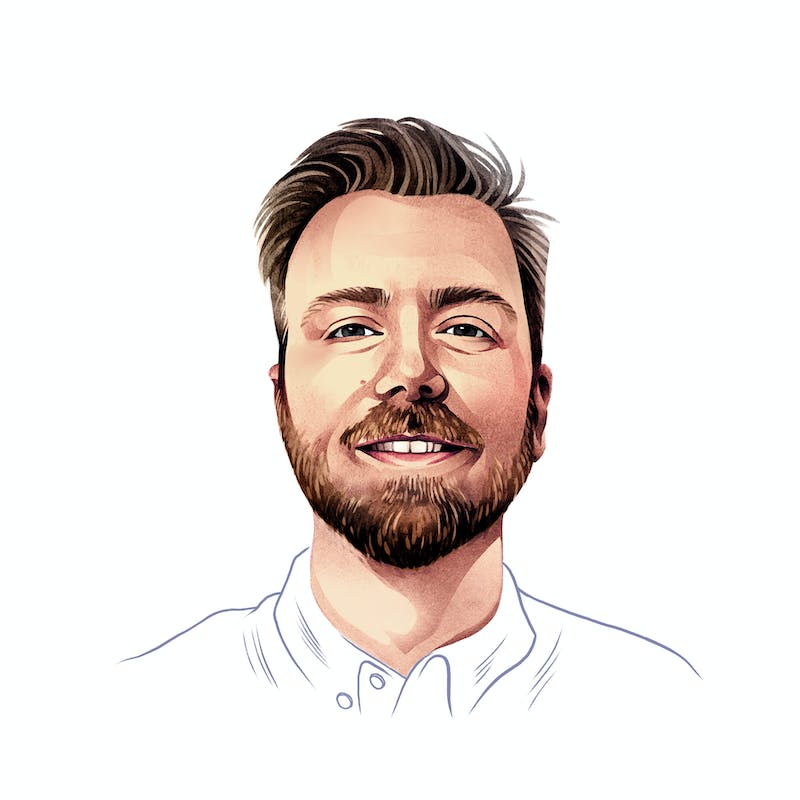 2D, 3D, VFX—is there any design acronym that isn’t in Eamonn’s repertoire? It’s this broad skill set that has seen him work with some of the world’s biggest brand names, including adidas, the BBC and Heineken. Now, having been in the business of branded, commercial and music video content for over 4 years, he’s on hand at Chapel to keep our creativity moving in the right direction… quite literally.
Team: Manchester United
Creativity comes when listening to… ‘Donuts’, J Dilla. 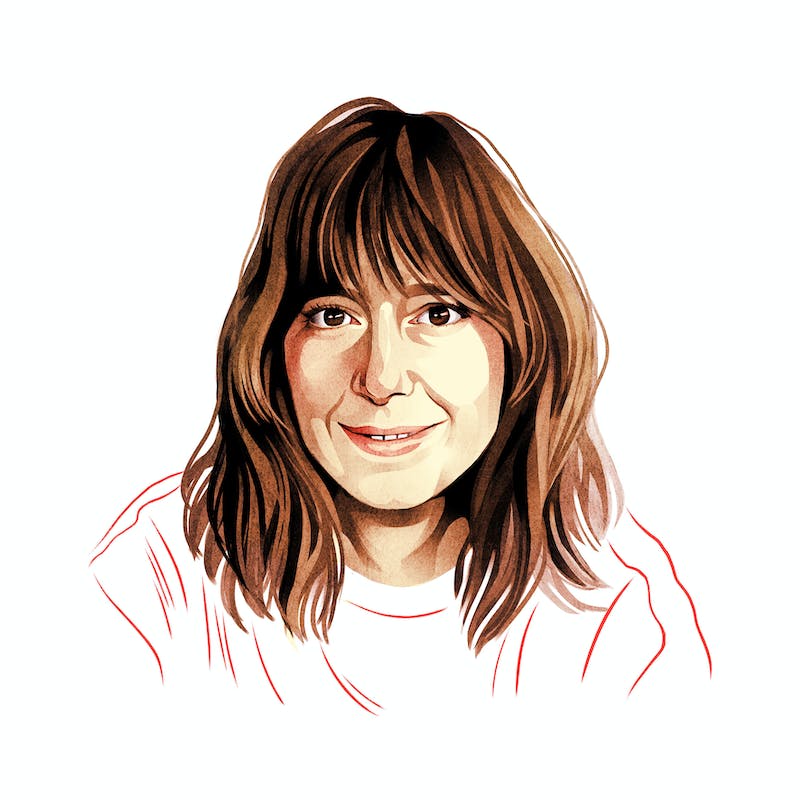 Luisa is the mind behind the hot topics – the ones that everyone wants to talk about but haven’t even thought of yet. Having been an editor at renowned publications like YOU magazine, MailOnline and OK! USA, she fits naturally into Chapel’s creative madness. Outside of the 9-5, chances are you’ll find her attempting The Times’ morning crossword or binge-watching the latest series on Netflix… No box set is safe.
Team: Tottenham Hotspur
Creativity comes when listening to… ‘Sweet Freedom’, Michael McDonald. 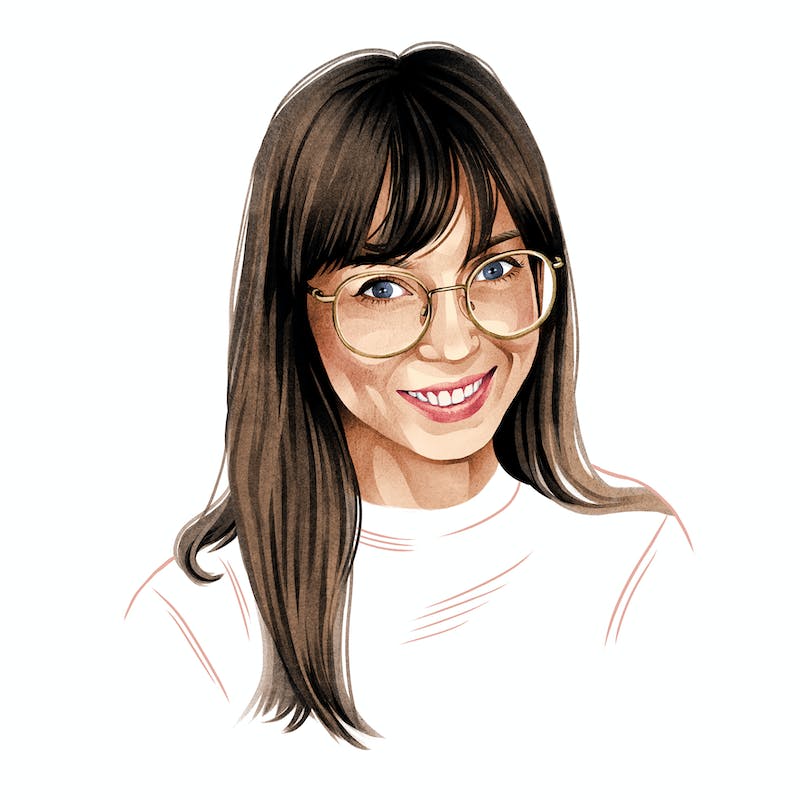 Prior to spending more than two years in copywriting and communications, Niamh spent five years in digital media as a writer and editor, where she created content for a wide variety of online audiences, and proudly made it out of all comment sections alive. As Chapel’s Content Writer & Strategist, she continues to indulge her love of storytelling in the digital realm through her work on the Snap Inc account.
Team: Can I say Ireland?
Creativity comes when listening to… ‘Intro’, The XX; ‘Dancing in the Dark’, Bruce Springsteen; and ‘Visions of Gideon’, Sufjan Stevens. 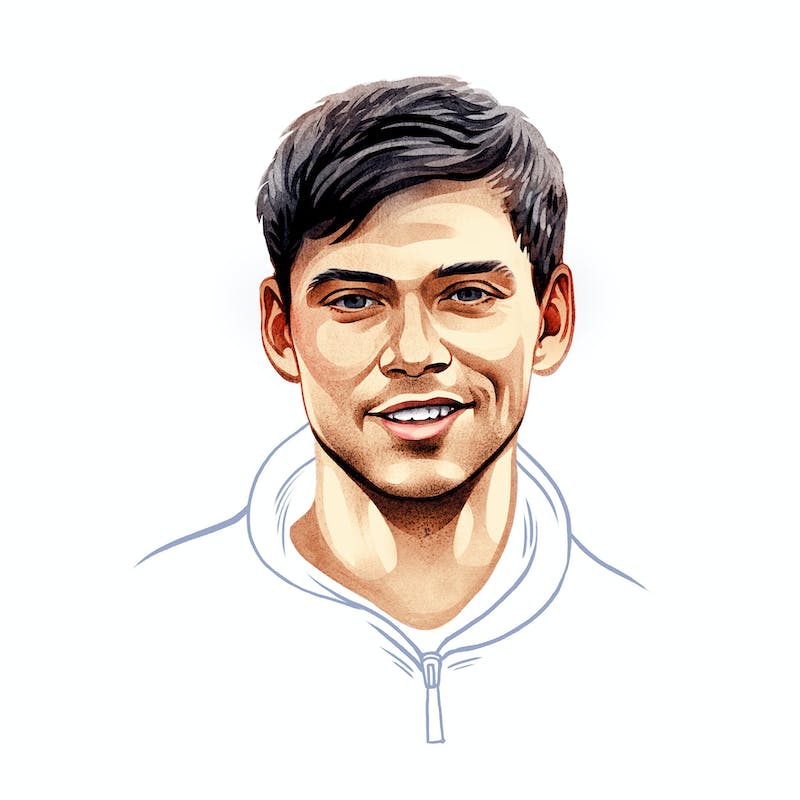 As one of Chapel’s writers, it will come as no shock to learn that Alex’s main responsibility is to write. Working across Meta and Getir, he types up the words for everything from 200-page reports, down to one-line slogans, with some light bits of editing in between. Yet, he’s not “light” on talent. Before joining our team, he was recognised by the PPA for his work at ShortList, picking up nominations for New Consumer Journalist of the Year two years running!
Team: ANOTHER Tottenham Hotspur (*rolls eyes*)
Creativity comes when listening to… 'Xtal', Aphex Twin, but for that 9am deadline, ‘Singularity’, Jon Hopkins. 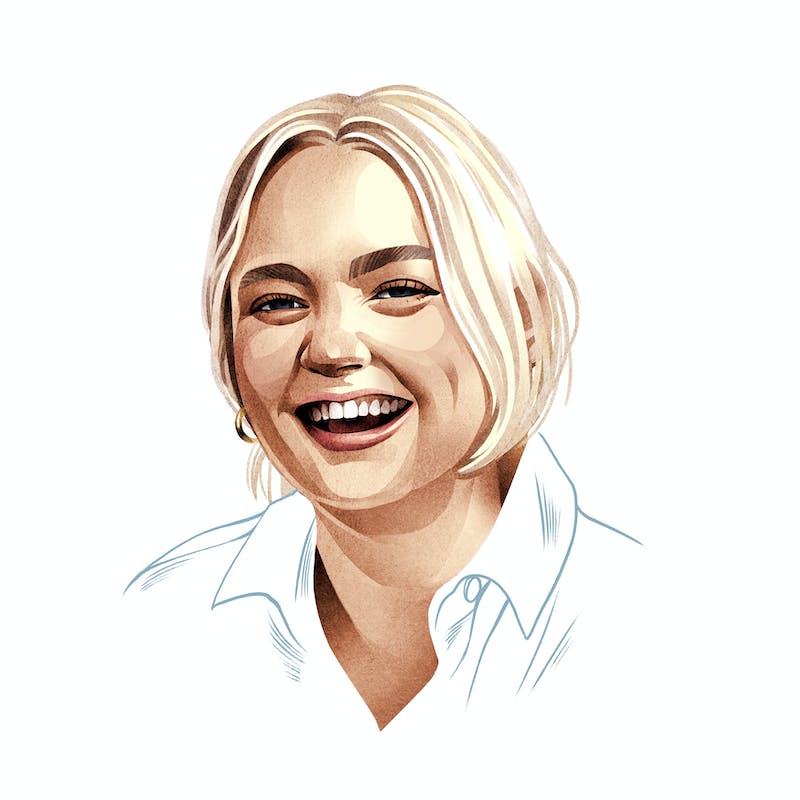 From witty one liners to thoughtful long-form, Chapel writers have got you covered - including our newest writer, Ellie. Before becoming our Junior Content Writer & Strategist, Ellie put her written skills to work at Stylist and brought a strategic eye to influencer marketing at Estée Lauder Companies. Outside of the 9-5, you’ll likely find her head-down in a good book, in the gym or scouring charity shops for hidden gems.
Team: Will cheer for anyone!
Creativity comes when listening to… Anything without lyrics - Bonobo, Peggy Gou. Post-deadline it can range from Amy Winehouse, to Nas, to Fleetwood Mac. 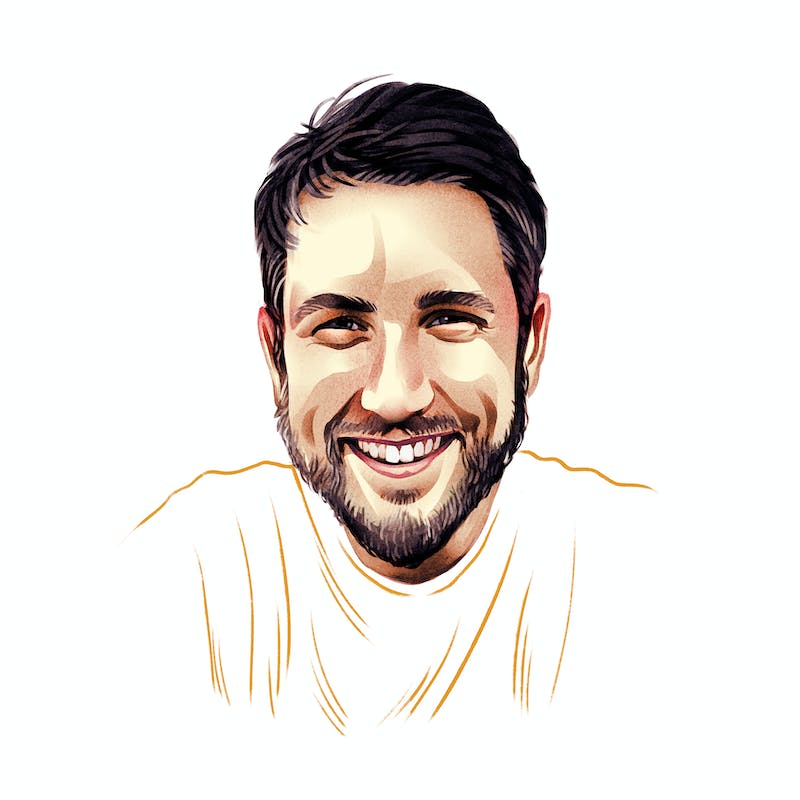 From design to build, Rory is our go-to guy for all things web-related. Prior to Chapel, he was working with organisations such as The Times, BBC, Channel 4 News, University College London and Glastonbury Festival. When he’s not in front of the screen, he’s tinkering with electronics or volunteering as a mechanic at The Bike Project, which provides second-hand bikes to refugees.
Team: He doesn’t take sides
Creativity comes when listening to… ‘Shadows’, Lonnie Liston Smith. 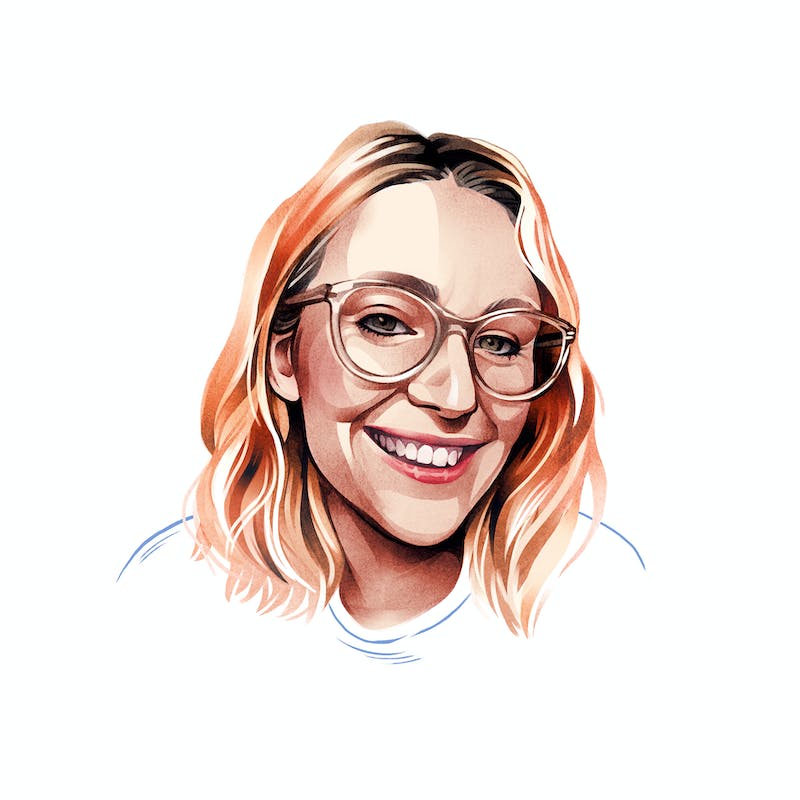 As the architect behind our sister agency, The Different Folk, Rebecca manages illustrators from all over the world, commissions of all sizes and... well, basically everything! Having worked in the business for almost a decade, alongside brand giants such as Google, Pepsi Max and adidas, it’s safe to say the business is in capable hands.
Team: 'The non-football kind'
Creativity comes when listening to… ‘Let Me Be Him’, Hot Chip; ‘Kick, Push’, Lupe Fiasco; ‘The Look’, Metronomy. The list goes on! 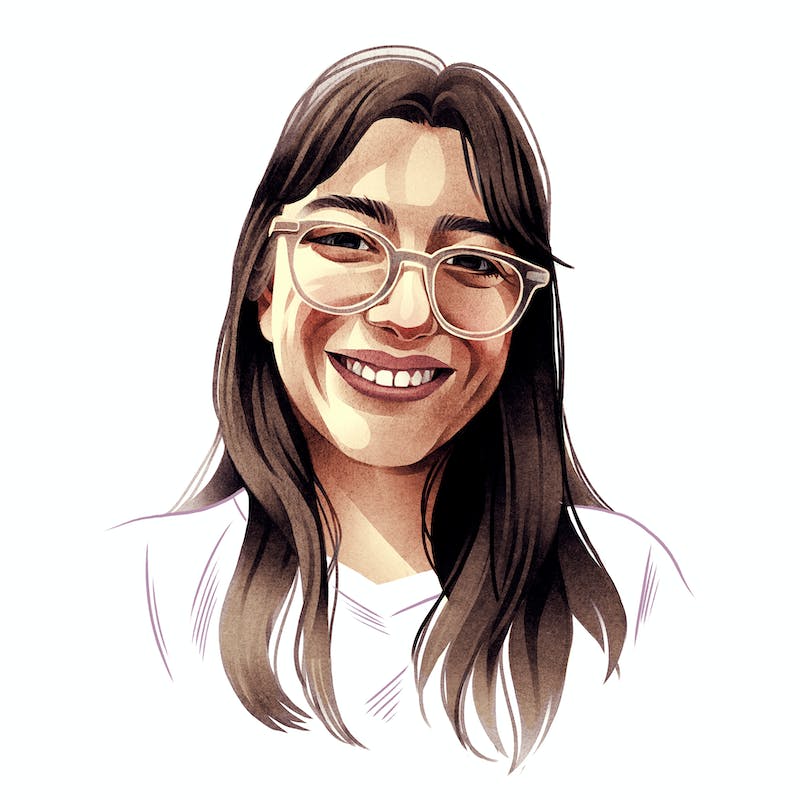 Isobel comes to The Different Folk with over 5 years’ experience as an illustrator and a portfolio brimming with heavy hitters, like The New York Times, Warner Music Group and Pan Macmillan. Looking to turn the tables, she now joins Rebecca on the agent side of things to support a growing roster of illustrators and to ensure every commission has that wow factor. If she’s not tracking down the must-have artists from around the world, you can probably find her checking out London’s latest gallery exhibition.
Team: Tottenham Hotspur ‘til she dies!
Creativity comes when listening to… A new song for the very first time!